The art of John Katerberg has always been unapologetically about bringing people to a deeper understanding of the ultimate creator-God. Throughout his artistic career, John has enjoyed the challenge of developing a unique compositional perspective, combined with a fully charged color pallet to make each piece of artwork, a stunning conversational  element to any room it occupies. Large landscape paintings have recently been the primary subject matter that Katerberg has used to reveal and study God's creation as he contemplates Romans 1: 19-21.

"...since the creation of the world His invisible attributes, His eternal power and divine nature, have been clearly seen, being understood through His workmanship..." Romans 1:20

Katerberg's intention is to give the viewer a sense of the sublime in nature, where the presence of man sometimes takes up a smaller influence in the composition. Because of injuries sustained in Afghanistan in 2012, Katerberg turned to using drones as a way to capture reference photos of areas that he couldn't physically get to. Painting scenes that were elevated above the ground became therapeutic for Katerberg, as he worked to overcome PTSD from the day he was injured by a roadside bomb in Afghanistan.

John hand builds and stretches most of his larger paintings in order to gain the desired parameters for his composition as well as ensuring that the canvas surface will remain tight for generations. Most of Katerberg's paintings are on heavy duty gallery frames that allow the client to display the art without a frame. 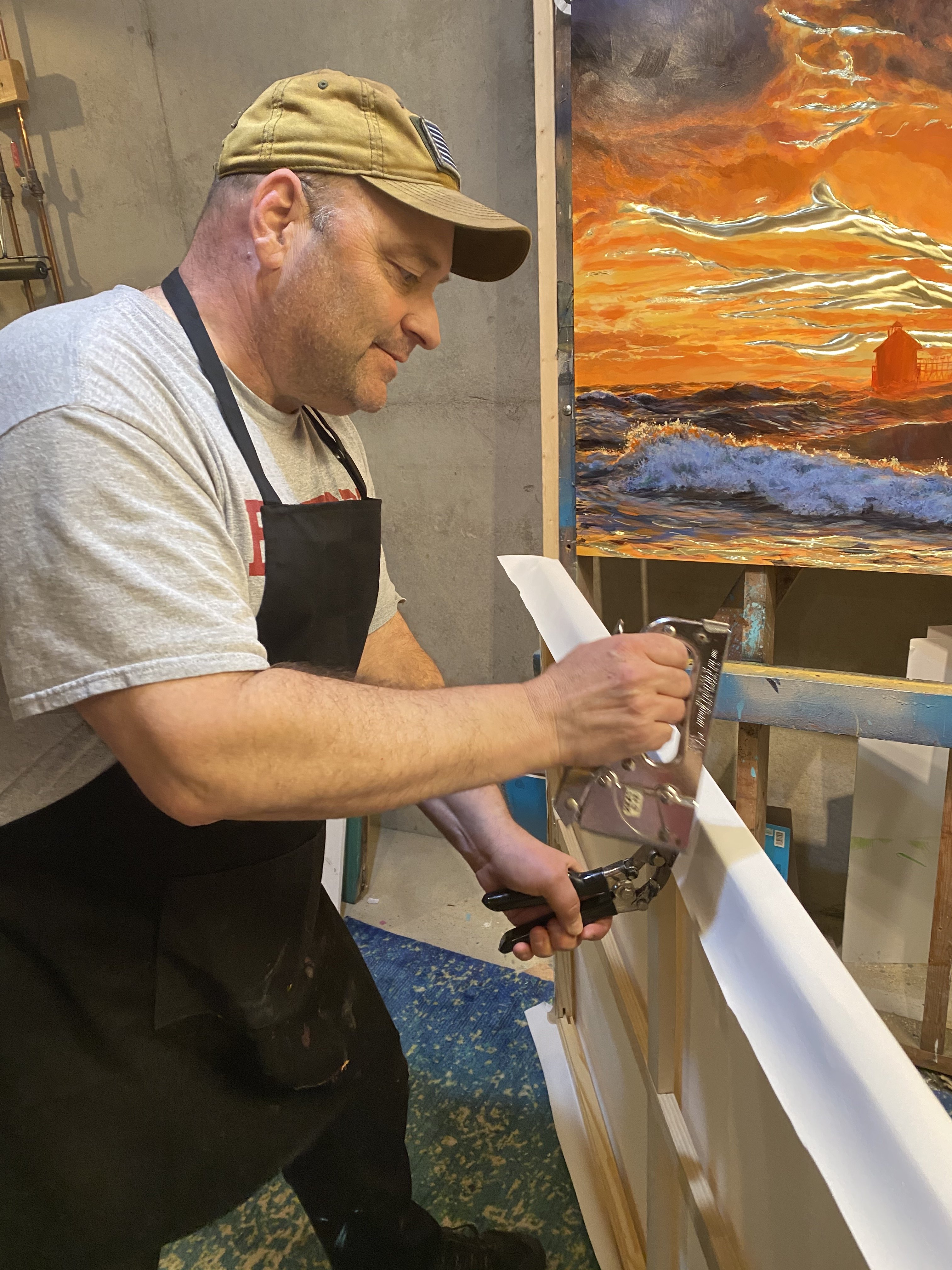 John is currently working on a new painting technique that incorporates a combination of acrylic and oil paint on a subsurface of brass sheet. While painting on metal is not new, John's incorporation of painterly realism and polished brass is. The combination of a realistic scene in paint with the shimmering and flowing effect  of brass leaves the impression that the viewer is seeing two dimensions in one painting. The brass seems to move and flow behind the representation of the temporal plane, lending to the idea that the spiritual realm is more real than the physical world. John is calling the new technique "Illuminated Brass" painting in recognition of the Bible Illuminators of the 4th and 5th centuries. 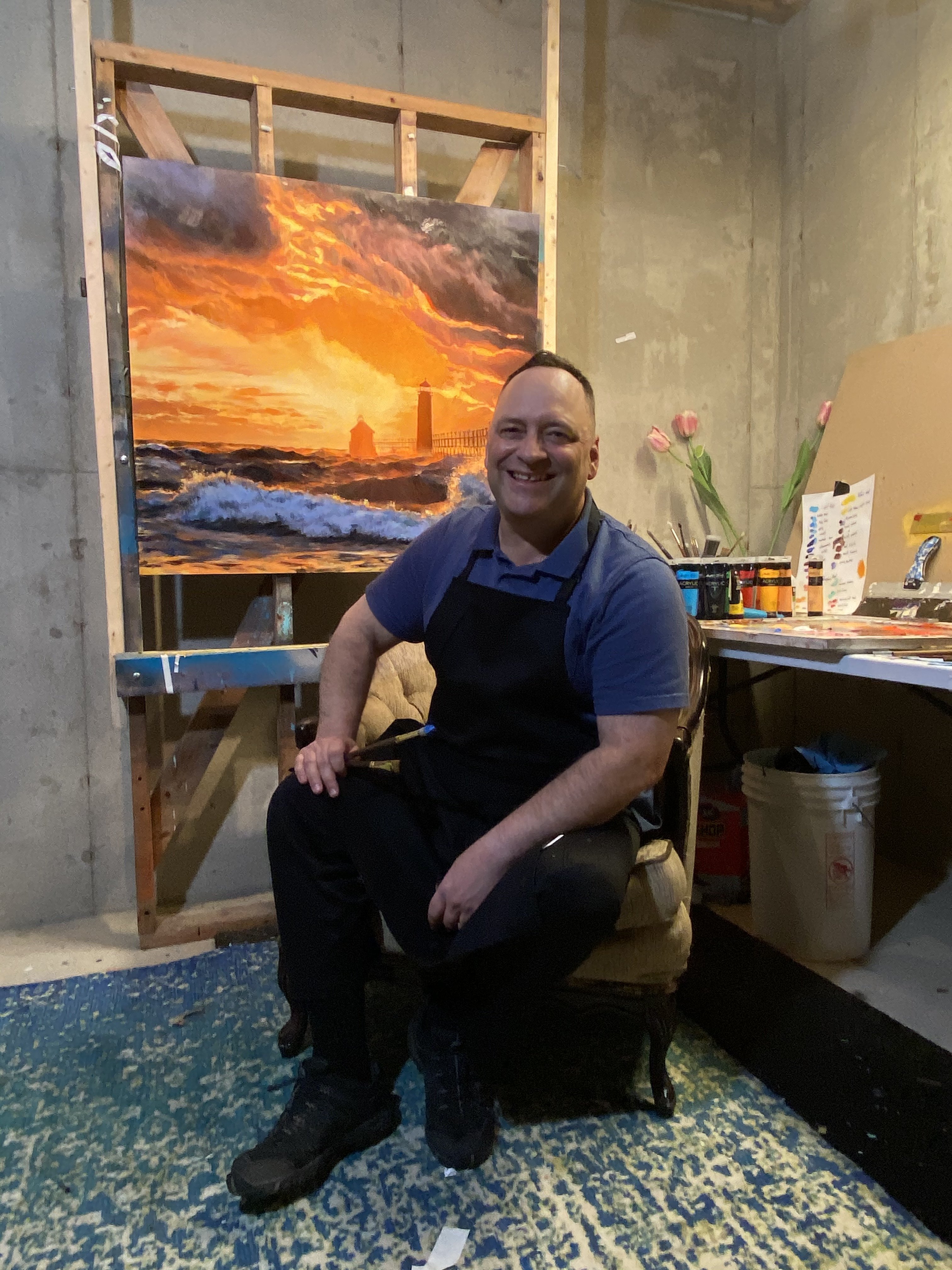